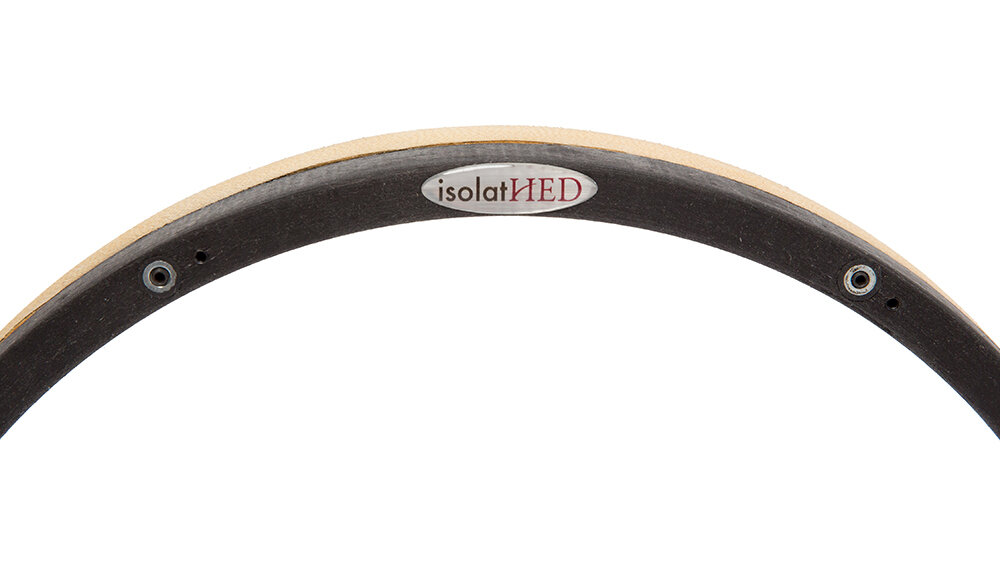 I had the privilege of being one of the first people to try out the new isolatHED tuning frame in my MOS2, which I did with a REMO Skyntone synthetic skin, and also with various goat skins from Christian’s workshop. I was instantly convinced! The skins react even more sensitively now, tone modulation is even more precise, and the sound is even louder and clearer, too! With the new technology, I’ll be able to play even more dynamically, and as a bonus, the drum will be better heard when I’m playing with the band. All of these improvements also make a considerable difference when using a microphone. Even our sound engineer is a fan of isolatHED! Congratulations to Christian – for me, this is another huge step forward in bodhrán making!

In today’s bodhrán world, tunable bodhráns using a tuning rim inside the frame are quite common. When, half a century ago, the tuning rim found its way into the bodhrán, this really changed the drum’s tonal characteristics. Before that, the wooden frame had been the only part of the drum that caused the drum skin to vibrate. Today, there are many more parts involved. Components such as reinforcement frames, tuning pegs, pressure screws, tuning screws, and holding screws influence the drum’s vibrational behavior through their own natural vibrations. Depending on construction and material, natural vibrations can build up or cancel each other out; they can become amplified or dampened. This can lead to an overall unbalanced frequency spectrum.

A bodhrán player may notice frequency gaps when modulating the sound of the bodhrán with the skin hand. There may be certain areas in which the drum sounds dampened, empty, or “dead“. The more the overall sound of the bodhrán is influenced by the natural vibrations of its components, the higher the potential for interferences and unpredictability.

When I started making drums, I often heard that the tuning rim should have as much friction and contact with the outer frame as possible to ensure the best possible transfer of vibration. But even back then, I wasn’t so sure about that. After all, it’s the skin that is supposed to vibrate, not the frame. And since the frame is also in contact with the player’s body (arm, upper body, thigh), its vibrations are dampened anyway. 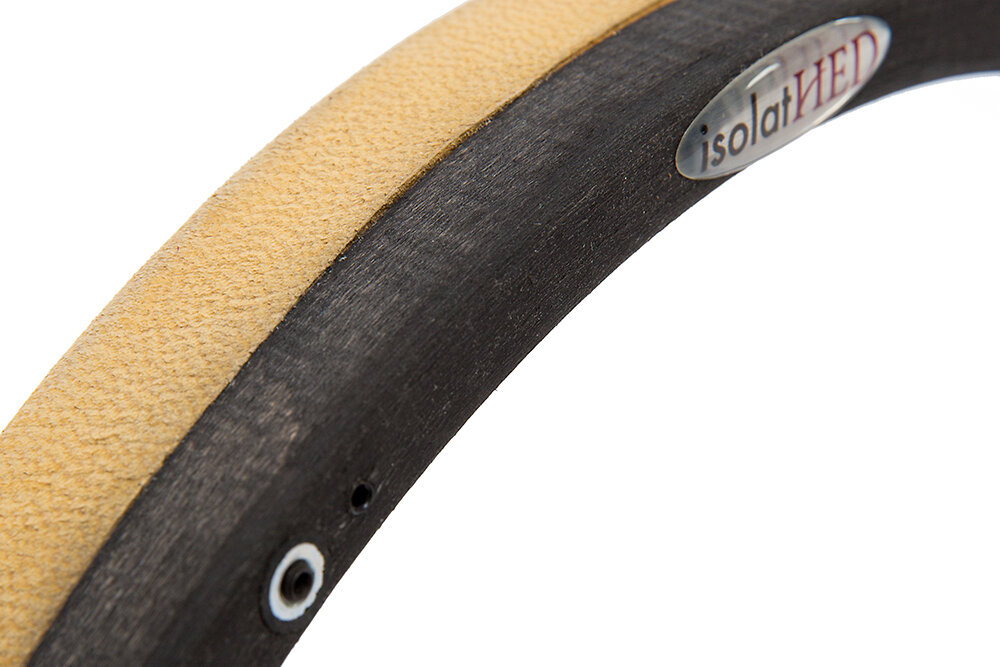 When I introduced the CoreLine in 2012, this was the first time I used an inner tuning rim that didn’t have any contact with the outer frame, except for the six points where the tuning screws touched the frame. Even before that, I had already changed all my tuning systems by using one continuous inner frame instead of several individual tuning pegs. I did this to reduce the number of individual parts and different materials, and, thus, reduce the amount of natural vibration within the vibration system.

How does it work? By using rubber-encased pressure screws that are embedded in the tuning rim. This preserves the possibilities of a multi-point tuning system without dampening the tuning rim or causing it to “float.”

As a result, the brilliance of sound is significantly improved, and the frequency spectrum becomes much more homogeneous. As less energy is absorbed by the main frame, there is also a measurable increase in loudness.

From improved accuracy and ease of tuning to overall improvement of sound from my existing skins, the IsolatHED tuning rim has taken a great drum and made it better. This is an excellent addition to the ChangeHED system.

As of February 2018, all MOS2, MONss, RWE, RWEchange, MOF, FireBall, Carbondhrán and custom models come with the isolatHED tuning system as a standard feature. As the best results for the isolatHED technology were obtained with rather homogeneous skins (including synthetic skins), the MHTF, EMsig, CBss and TrHED models will continue to be delivered with the previously existing, semi-isolated tuning system. The CoreLine will also keep its semi-isolated tuning system, as it proved to be well-suited for this model.

Martin O´Neill after getting the first test-drive drum with isolatHED tuning rim on a MONss bodhrán:

Drum is very good. At first I didn't like it as it was almost too bright and didn't feel as controlled but as soon as I went into the studio it was instantly better. Open notes sound mega!! Night and day compared to the drum I was playing. I used it for 3 days in the studio and couldn't go back to the other one. So that's a clear thumbs-up from me!

A traditional pressure point can, for example, be useful if the drumskins are very uneven or thick. Since, however, most players perceive the entirely isolated pressure point as a considerable sound improvement, our drums are delivered with the isolatHED pressure point position.
Players who aren’t that experienced don’t have to worry about the second pressure point.

I am always looking for a clear and defined tone in my drum. When Christian first told me about IsolatHED tuning rim, I was intrigued: could this be the next big thing? And it proved to be the next big thing, both in the laboratory testing but also when i tested it in person.