The well thought out cross brace! 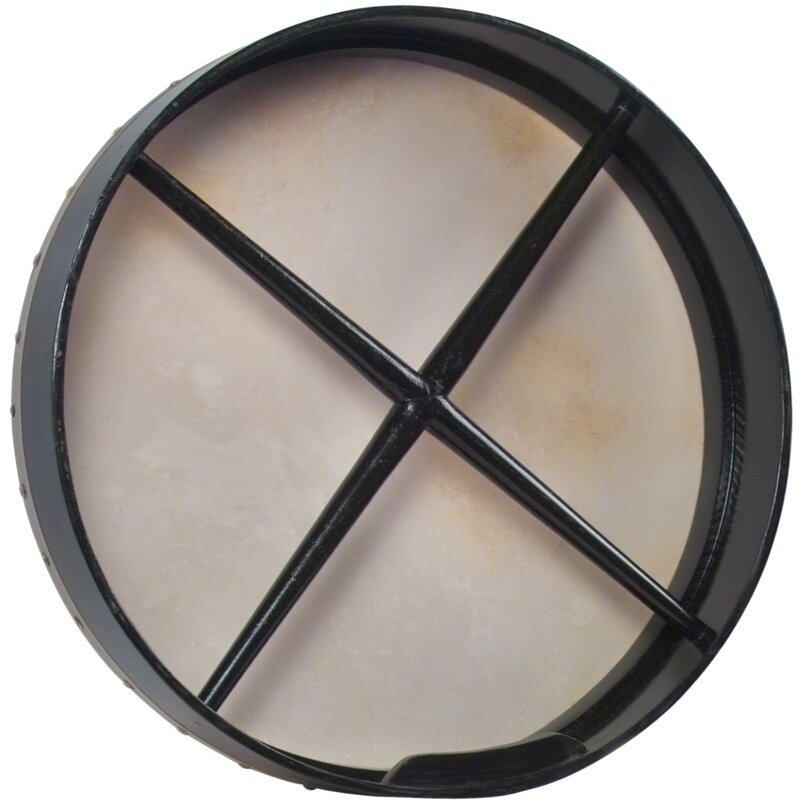 Initially, many bodhráns had a cross attached to the frame. On the one hand, this may have been important due to the construction, in order to keep the frame in shape.
On the other hand, it served as a handhold for the originally open, i.e. free-swinging, playing style. This cross is still a prominent feature in many traditional images of the bodhrán.
With modern frame construction and gluing techniques, such an aid is no longer structurally necessary.
Nowadays, however, since the sound is modulated with the skin hand, i.e. the skin hand needs freedom of movement, such a cross has generally become rather disturbing. For this reason, most bodhráns today are built without a cross or bar.
This also allows constant turning while playing, which wears the drumhead more evenly and thus also leads to greater tuning stability, as the hand sweat is distributed more evenly.

For some playing techniques, however, a crossbar is virtually indispensable and players like Eamon Murray (BEOGA) or Dónal Lunny (living legend of bass-bodhran playing) swear by the use of a crossbar.
For some players, such a crossbar is a great relief and gives them the necessary SUPPORT for their playing.

The problem with most crossbars is that they are in direct contact with the drum frame and thus influence or dampen the sound.

Since I get requests for crossbars again and again, I made it my business to develop a crossbar that can be installed for most drum models by the player himself, can be adjusted in height (distance between drum skin and crossbar) without tools and can be completely disassembled without tools. At the same time, it does not directly influence the frame with body sound.

After many years of development and thanks to the support of Dónal Lunny, who played a major role in the development, I have now succeeded in doing this.

The SupportHED crossbar is characterised by many well thought-out details:
It is light and yet stable, suitable for almost all bodhrán models of most manufacturers, can also be installed later by the player, and the distance between the drumhead and the crossbar can be adjusted without tools.
The mounting is designed in such a way that it does not allow direct transmission of structure-borne sound, i.e. the cross brace has no direct influence on the sound of the drum.
The SupportHED can be completely removed without tools in seconds, whether for practice or transport.
The brace is available in 4 standard lengths and as a special version according to customer specifications. This means that the SupportHED can be fitted into almost all common drum models.
It is only not suitable for the MONss bodhrán (and drums of the same construction), as the distance to the head would be too big.
Since the MONss is designed to rotate constantly while playing, the use of a crossbar makes no sense here anyway.
The mounting plates are attached to the inside of the drum frame with pre-mounted adhesive pads and/or the screws supplied.
No mounting is visible from the outside! 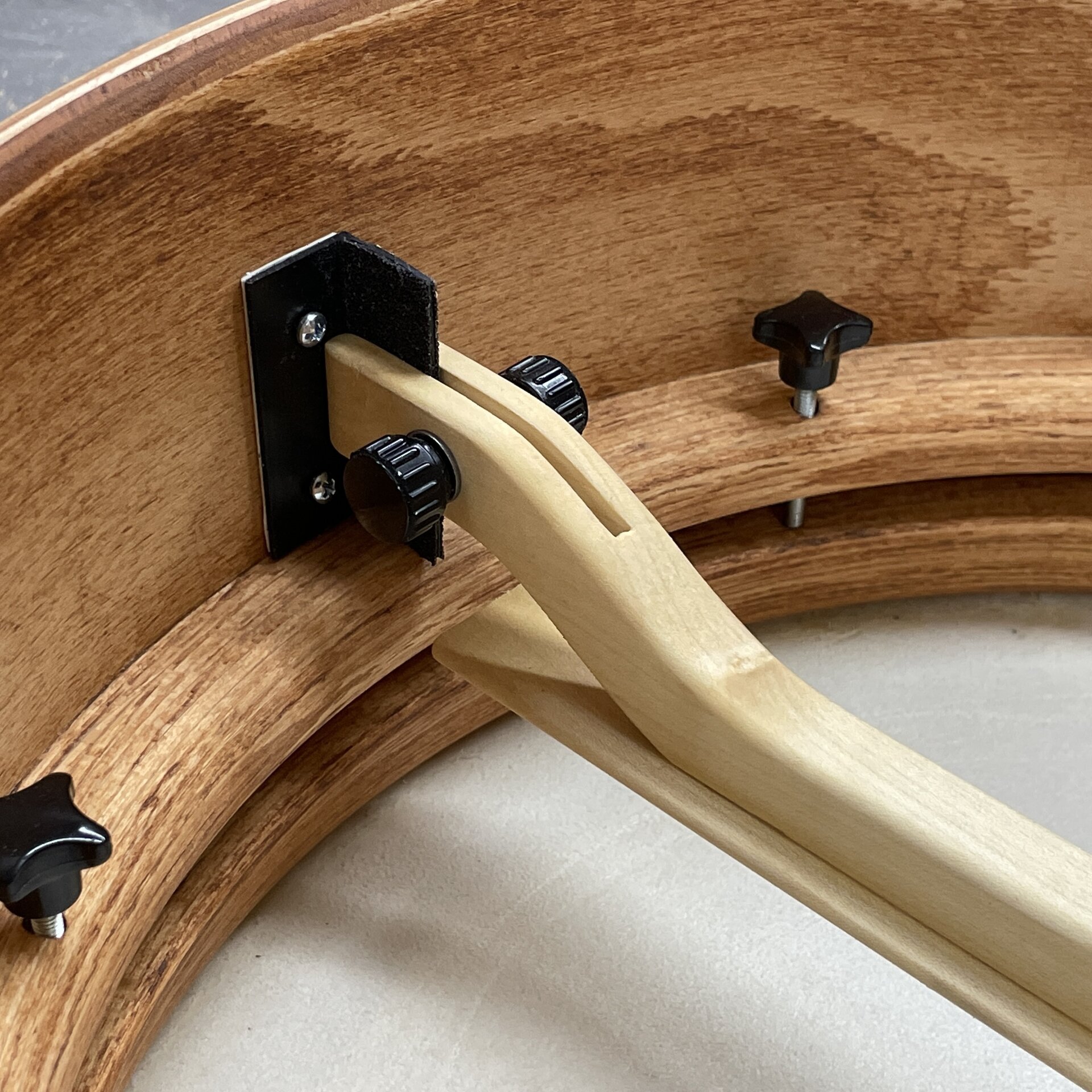 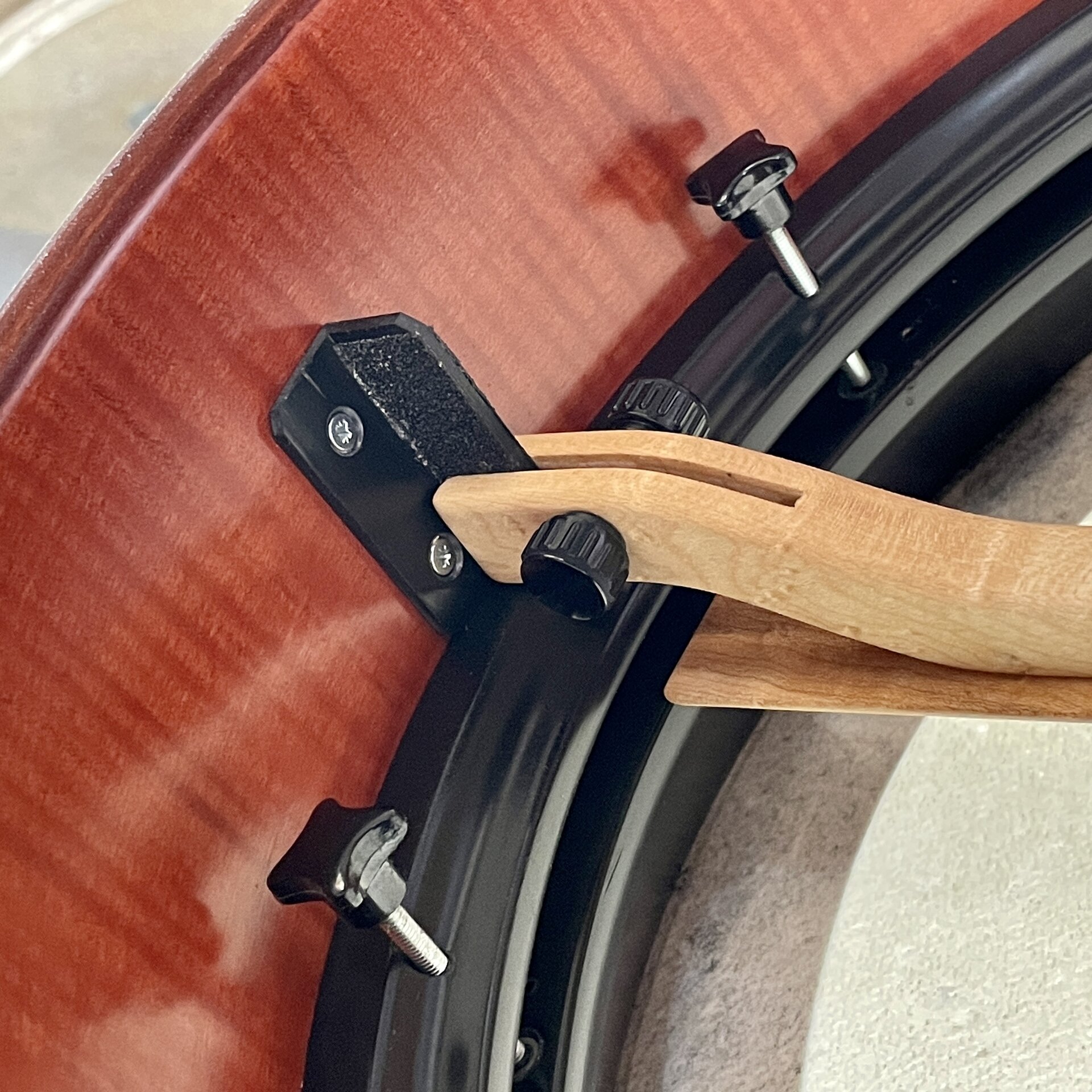 Available as a customised version with the drum inner diameter: 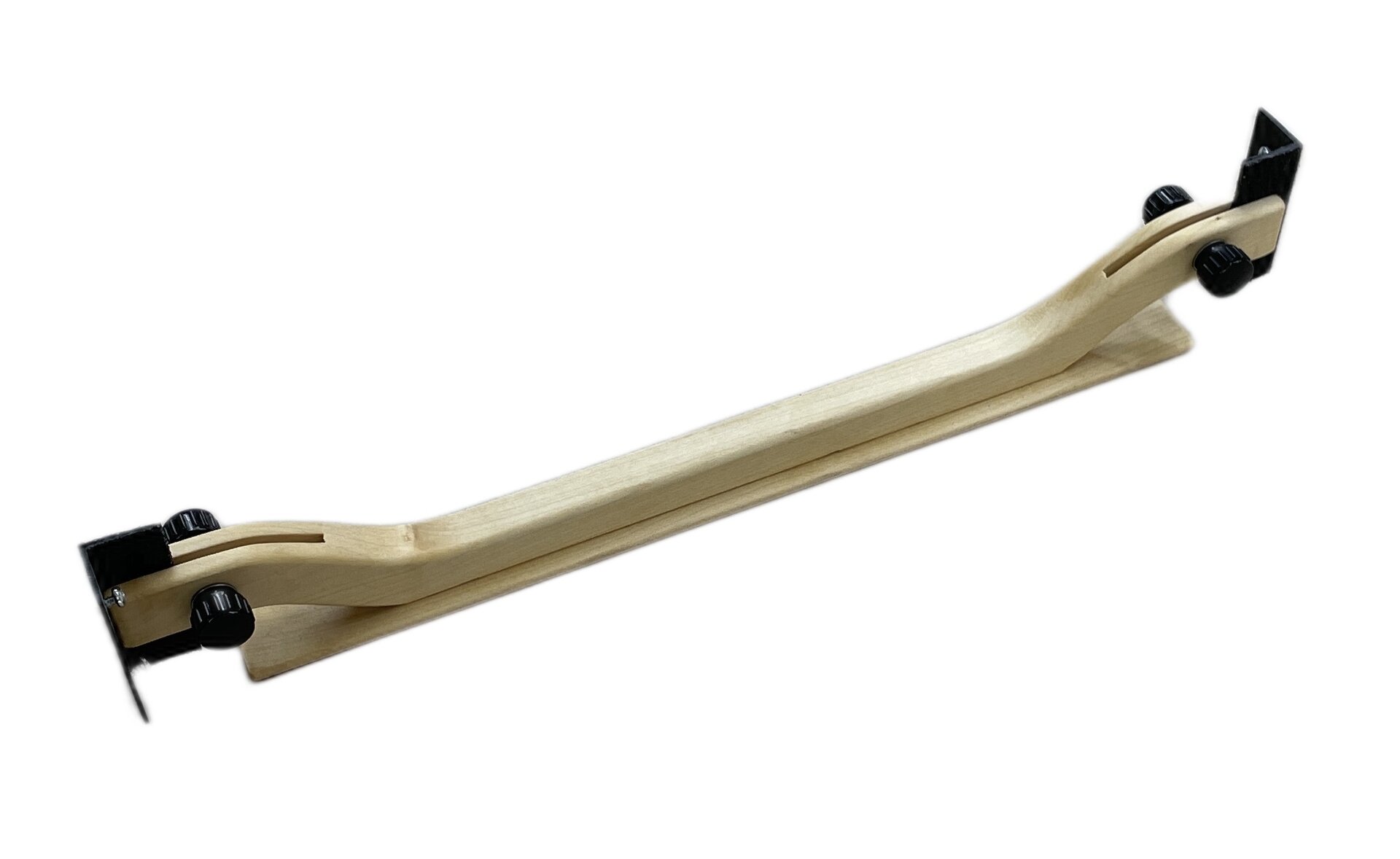 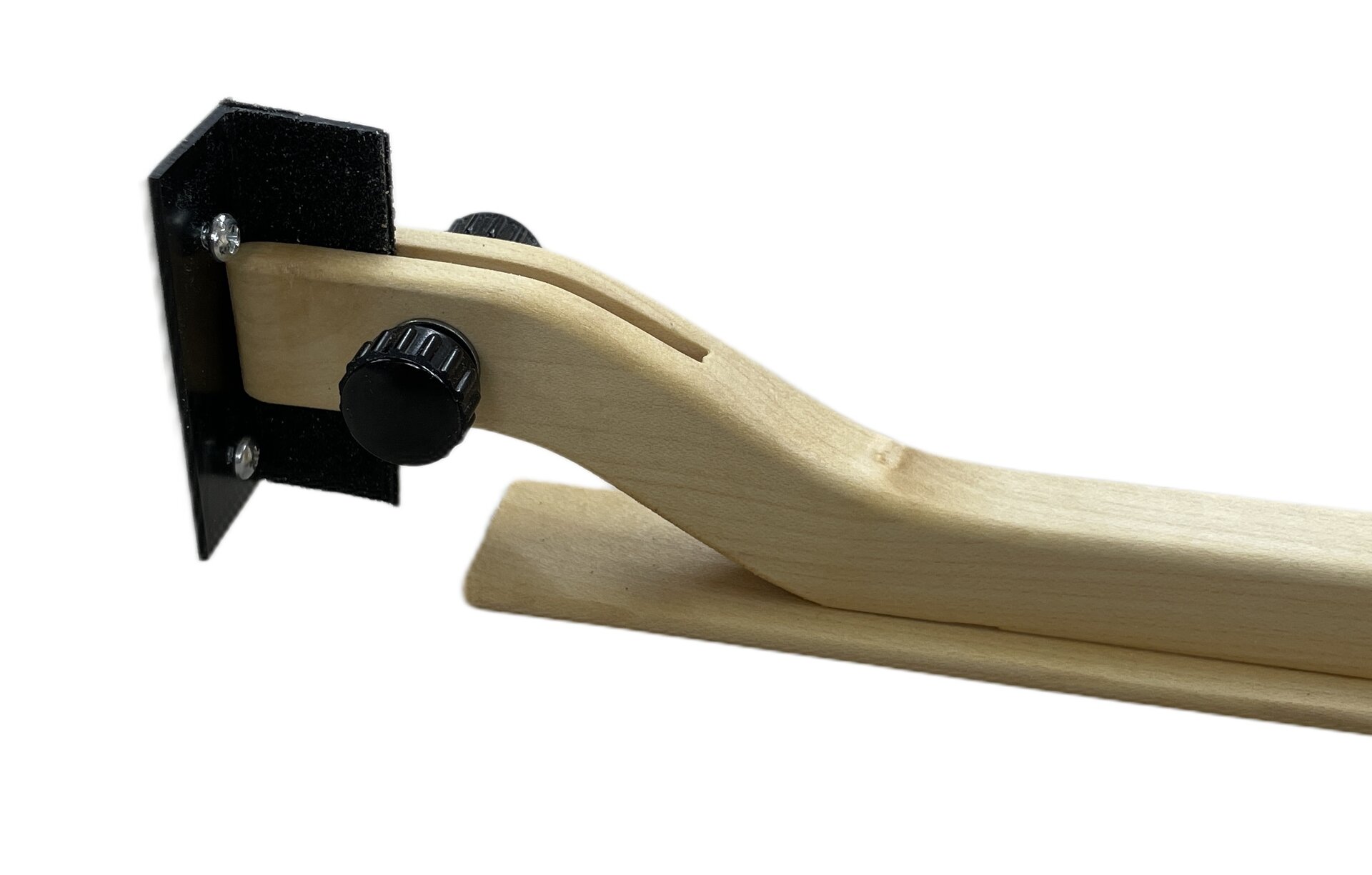 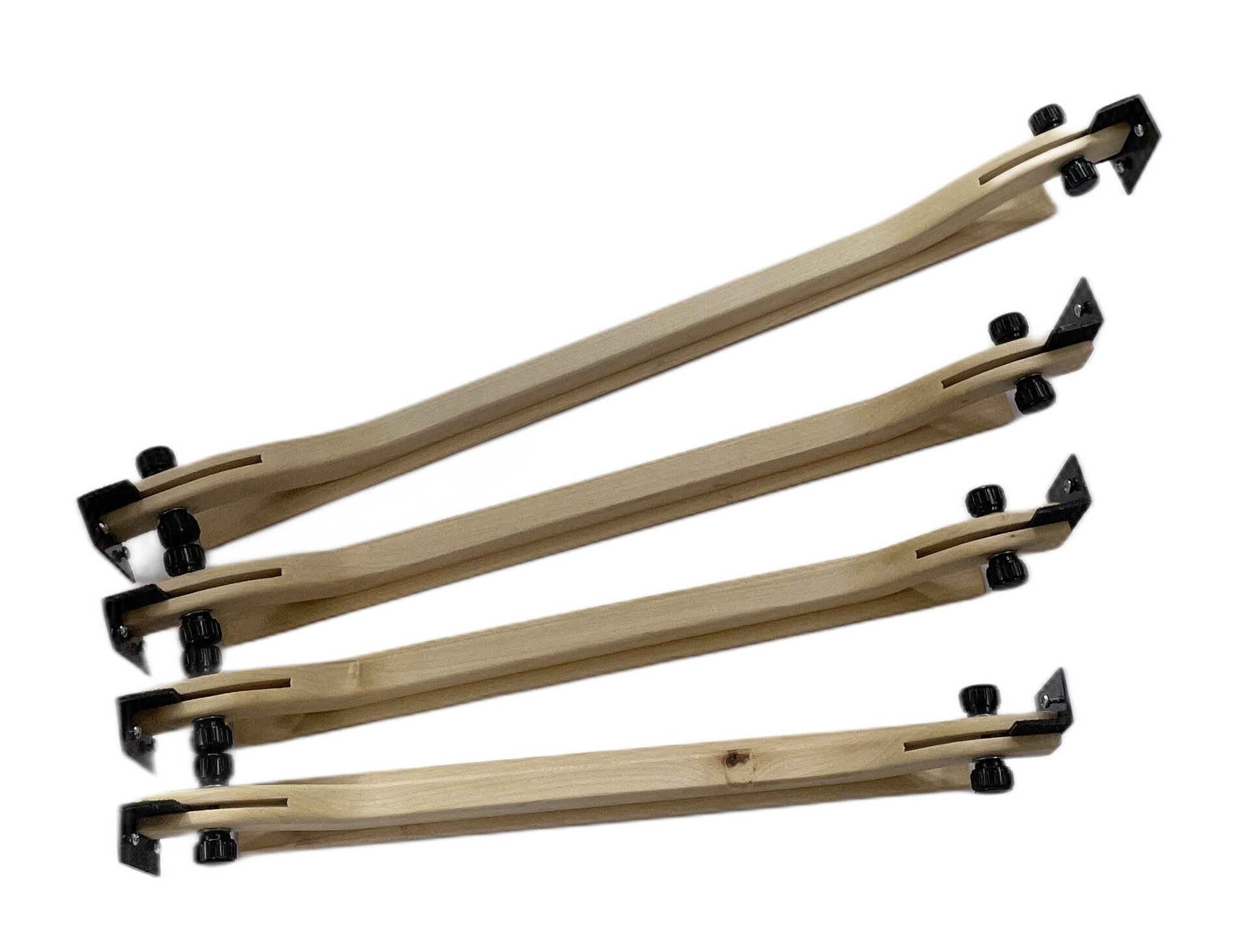 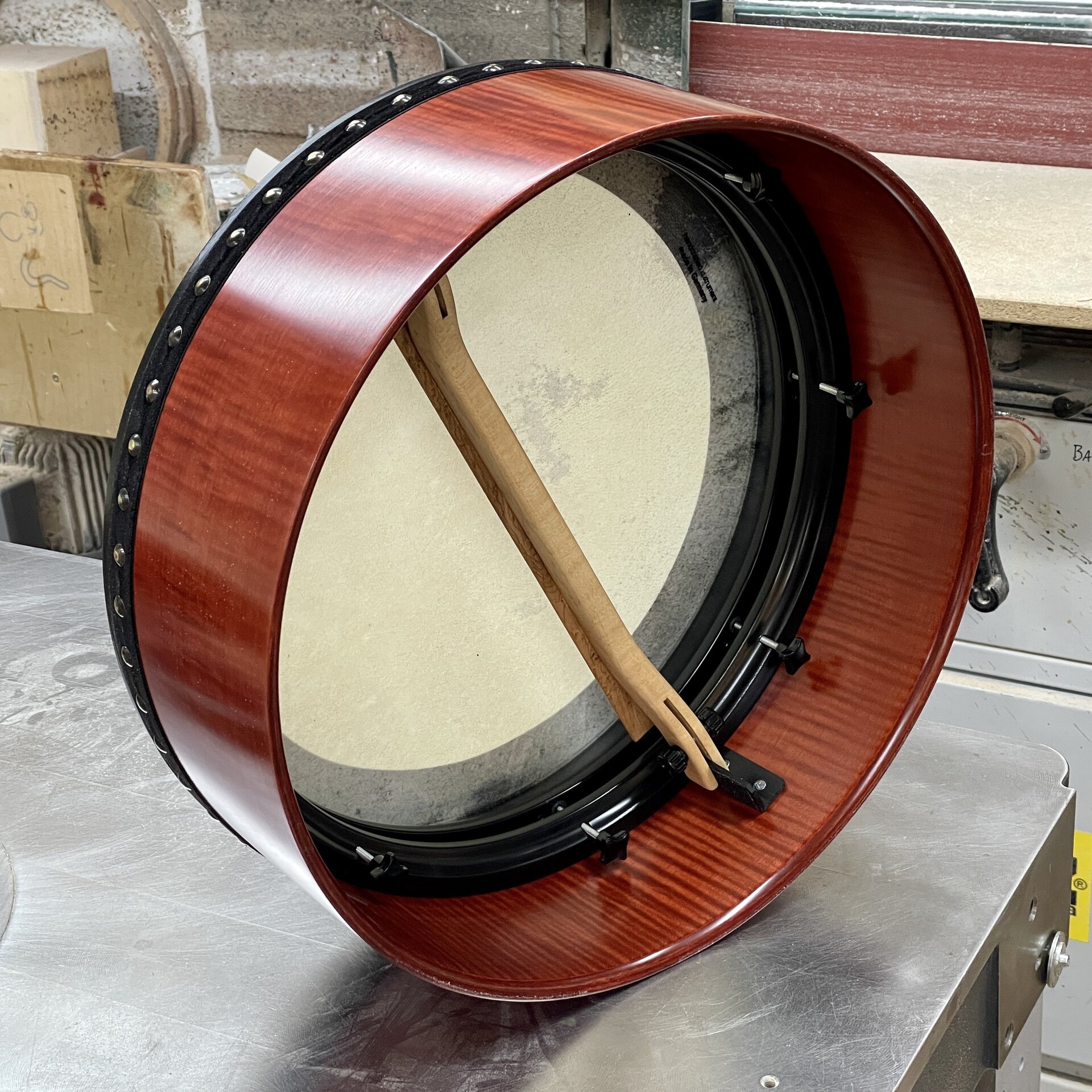 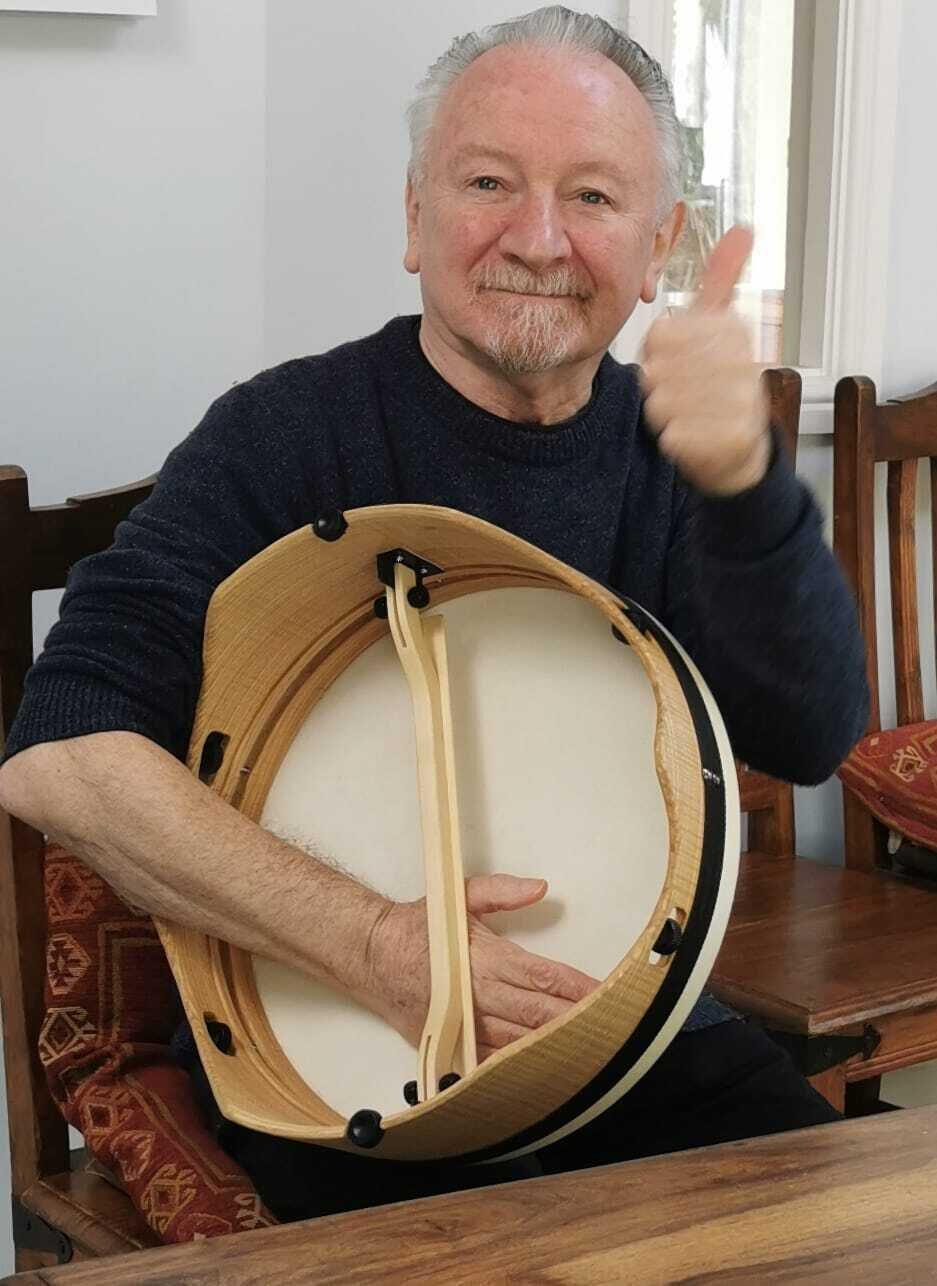 "Christian Hedwitschak and I had many discussions about the design of the perfect crossbar/brace bar.
After many trials and prototyping the final product was born - the SupportHED!
I believe Christian has come up with a crossbar design that will be difficult to surpass as it’s fantastic in every detail: intuitive in handling, beautiful finish - and a real pleasure to play with!"